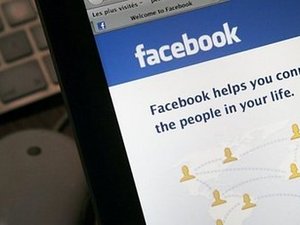 U.S. computer security firm Symantec has said that Facebook accidentally left a door open for advertisers to access profiles, pictures, chat and other private data at the social network.

Facebook told Agence France Presse that there was no evidence anyone stepped through that door and swiped any information from the accounts of its more than 500 million members.

"We appreciate Symantec raising this issue and we worked with them to address it immediately," Facebook said in response to an AFP inquiry.

The tokens were being leaked to third-party applications including advertisers and analytics platforms, allowing them to post messages or mine personal information from profiles, according to Nishant Doshi of Symantec.

"Fortunately, these third-parties may not have realized their ability to access this information," Doshi said in a blog post.

"We have reported this issue to Facebook, who has taken corrective action to help eliminate this issue."

Symantec estimated that as of April, nearly 100,000 applications were giving away keys to Facebook profiles.

"We estimate that over the years, hundreds of thousands of applications may have inadvertently leaked millions of access tokens to third parties," Doshi said.

Facebook confirmed the problem, which was discovered by Doshi and Symantec colleague Candid Wueest, according to the computer security firm.

But Facebook said the Symantec report had a few "inaccuracies."

There was no evidence that the problem resulted in private information being gleaned from Facebook members' accounts, according to the California-based social networking service.

"In addition, this report ignores the contractual obligations of advertisers and developers which prohibit them from obtaining or sharing user information in a way that violates our policies," Facebook said.

There was no reliable estimate of how many tokens have been leaked since the release of Facebook applications in 2007.

Despite whatever fix Facebook has put in place, token data may still be stored in files on third-party computers, Symantec warned.

"Changing the password invalidates these tokens and is equivalent to 'changing the lock' on your Facebook profile."