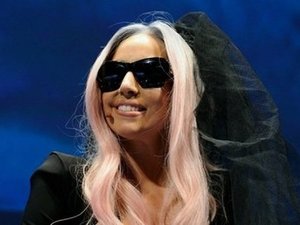 Cuts from Gaga's upcoming "Born This Way" album will make their world debuts at her in-game "GagaVille" farm beginning May 17.

"I want to celebrate and share 'Born This Way' with my little monsters in a special way that's never been done before," Lady Gaga said in a release.

"Zynga has created a magical place in 'FarmVille' where my fans can come play, and be the first to listen to the album."

Unicorns, crystals, and sheep on motorcycles were among the promised features in Gagaville, which was only slated to last until the end of the day on May 26.

A download of "Born This Way" will be bundled as a free download with the purchase of special $25 Zynga cards for in-game transactions.

Zynga will also feature contests to win concert tickets and other Gaga-related goodies.

"We want to thank Lady Gaga for working with us on this truly great surprise."