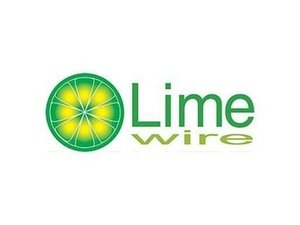 The popular online file-sharing service LimeWire has agreed to pay $105 million to settle charges that it was a platform for music piracy.

The Recording Industry Association of America (RIAA) said Thursday that the negotiated settlement came as jurors in a federal court in New York City mulled how much LimeWire should pay for "massive copyright infringement."

"Designing and operating services to profit from the theft of the world's greatest music comes with a stiff price," RIAA chief executive Mitch Bainwol said in a statement.

"The resolution of this case is another milestone in the continuing evolution of online music to a legitimate marketplace that appropriately rewards creators."

LimeWire.com was shut down by a US federal court in October following a lawsuit filed by the music industry.

The move came a little more than five months after a U.S. judge ruled in favor of 13 music companies in a copyright infringement and unfair competition case brought against LimeWire.

The music companies filed their complaint against LimeWire in 2006 and U.S. District Court Judge Kimba Wood ruled in their favor in May of last year.

A jury trial to determine damages in the case began last week.

"We are pleased to have reached a large monetary settlement following the court's finding that both LimeWire and its founder, Mark Gorton, (are) personally liable for copyright infringement," Bainwol said.

LimeWire software was released in August 2000 and used peer-to-peer, or P2P, technology to allow users to share music or other files over the Internet.

LimeWire is owned by the Lime Group, a New York-based company.