Iraq to Bring Banks to The Masses -- By Mobile 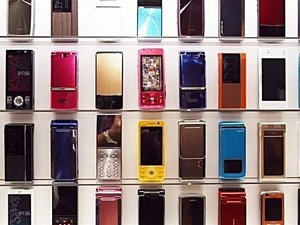 Just a fifth of Iraqis have bank accounts, but 70 percent have mobile phones, so Baghdad is hoping to close the gap by getting people to open accounts, make payments and transfer cash -- all via mobile.

In a country that is one of the most corrupt and violent in the world, the initiative is aimed at securing Iraqis' funds, and strengthening the banking sector as higher revenues resulting from a greater number of transactions boost profits.

"It's a very important project" in terms of "increasing the capacities of private banking," Sinan al-Shabibi, the governor of the Central Bank of Iraq, told reporters at a conference on the initiative organized by the bank and USAID.

Shabibi said he hoped the project would be ready "in the coming year".

Only about 20 percent of Iraqis hold a bank account, according to experts. That figure is markedly lower than the average for developing countries, which a World Bank report released last year pegged at 28 percent among adults.

While much of Iraq's low bank account penetration has to do with a lack of confidence among Iraqis in banks, other factors are also at play.

"It can... be attributed to long period the country was at war, international sanctions, isolation from the outside world, prevailing security situations, coverage of banks in remote areas," said Indrajit Roy Choudhury, a banking expert working as a consultant for the state-owned Trade Bank of Iraq.

Choudhury added that a lack of modern banking facilities and poor financial literacy among Iraqis' was also to blame.

In addition, most Iraqis are paid in cash, with many avoiding the tedious procedures of dealing with the country's bank branches, where queues are long and customers often spend a great deal of time simply in order to deposit funds that they often end up spending within a month.

Others who receive their salaries in cheques typically withdraw the full amount in cash and eschew making deposits or opening an account.

"This situation is changing," Choudhury noted, pointing out that several banks were opening branches in more of Iraq's provinces, networking those branches, and coming out with more "customer-oriented products".

Iraq is hoping to use the relative popularity of mobile telephones here, with market penetration estimated at 70 percent, to accelerate the development of the banking sector.

A 2009 report by India's National Bank for Agriculture and Rural Development notes that "lack of access to finance for... weaker sections of the society has been recognized as a serious threat to economic progress, especially in developing countries."

It added: "Moreover, prolonged and persistent deprivation of banking services to a large segment of the population leads to a decline in investment and has the potential to fuel social tensions causing social exclusion."

According to Carl Rosenquist, an expert who is working on the Iraqi project, it is likely that younger Iraqis will be the system's guinea pigs.

"Experience shows that the take-up of mobile financial services attracts initially the young and subsequently the take-up will increase up the age ladder," said Rosenquist, who has worked on similar initiatives in the Philippines, Mongolia, Jamaica and Kenya.

If the project is fully realized, all it would take for an individual to open a bank account would be a phone call.

Iraqis would be able to make transfers, pay bills, or withdraw funds from non-banking agents such as general stores, who would receive a commission in return.

It is all part of a larger project, estimated to cost between $15-20 million, to unify Iraq's banking system.

"The biggest obstacle is regulation... The law is far behind," said Rosenquist, who complained that Iraqi banks are not required to be linked to a central payment system.

"We have a system and they are not all members.... If they (regulators) don't mandate the use of it, then it's useless."

Discussions are also ongoing between certain banks and mobile phone operators to develop mobile banking, with the chief executive of Kuwaiti firm Zain's Iraqi arm acknowledging that his own company was in talks with two Iraqi banks.

"We're working with a couple banks here in Iraq," Emad Makiya said in an interview with Agence France Presse, adding that he could not name which banks as a result of a non-disclosure agreement.

"We're just studying this right now.... We should strike something by the end of this year. We will help them out with their mobile banking."