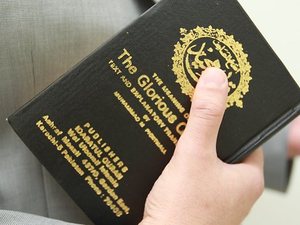 Australia Tuesday blocked a call from a leading Muslim group for the introduction of a non-extremist version of sharia law, saying local legislation would always win in any clash of cultural values.

The Australian Federation of Islamic Councils had urged the government to consider "legal pluralism" for Muslims in a submission to a parliamentary inquiry into a new policy on multiculturalism.

But Attorney-General Robert McClelland ruled out any such change.

"Australia's brand of multiculturalism promotes integration. If there is any inconsistency between cultural values and the rule of law then Australian law wins out."

In its submission, the federation said while some Muslims saw sharia law as immutable, others argued it could be amended to respond to social change and, as such, could be applied in Australia in a way which fitted with the country.

Federation president Ikebal Adam Patel said family law, including divorce, was one area in which sharia could stand alongside the Australian legal system.

"It is important for someone who is Muslim or a practicing Jew that aspects of our religion can be incorporated within the greater legal system are introduced," Patel told The Australian newspaper.

"This is about personal issues about family, and won't affect any other Australian."

But McClelland said people who migrated to Australia did so because it was a free, open and tolerant society where men and woman were equal before the law irrespective of race, religious or cultural background.

"Indeed all applicants for citizenship swear a collective allegiance to the people of Australia and undertake to respect our customs and abide by our laws," he said.

"The values underpinning those principles will not be changing."