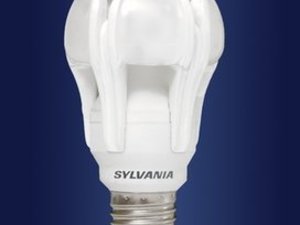 Their demonstrations at the LightFair trade show in Philadelphia this week mean that brighter LED bulbs will likely go on sale next year, but after a government ban takes effect.

The new bulbs will also be expensive — about $50 each — so the development may not prevent consumers from hoarding traditional bulbs.

The technology in traditional "incandescent" bulbs is more than a century old. Such bulbs waste most of the electricity that feeds them, turning it into heat. The 100-watt bulb, in particular, produces so much heat that it's used in Hasbro's Easy-Bake Oven.

To encourage energy efficiency, Congress passed a law in 2007 mandating that bulbs producing 100 watts worth of light meet certain efficiency goals, starting in 2012. Conventional light bulbs don't meet those goals, so the law will prohibit making or importing them. The same rule will start apply to remaining bulbs 40 watts and above in 2014. Since January, California has already banned stores from restocking 100-watt incandescent bulbs.

Creating good alternatives to the light bulb has been more difficult than expected, especially for the very bright 100-watt bulbs. Part of the problem is that these new bulbs have to fit into lamps and ceiling fixtures designed for older technology.

Compact fluorescent are the most obvious replacement, but they have drawbacks. They contain a small amount of toxic mercury vapor, which is released if they break or are improperly thrown away. They last longer than traditional bulbs but not as long as LEDs. Brighter models are bulky and may not fit in existing fixtures.

Another new lighting technology, organic light-emitting diodes, or OLEDs, has had problems reaching mass production. OLEDs are glowing sheets or tiles, rather than pinprick light sources, as LEDs are. They're used as vibrant color screens for smartphones, particularly from Samsung Electronics Co.

But making OLEDs that are big, bright, cheap and long-lasting enough for use as light sources has proved difficult, in part because they use chemicals that are sensitive to oxygen and spoil unless sealed very carefully.

Acuity Brands Inc., an Atlanta-based maker of light fixtures, will be showing some OLED panels at the show. They will go on sale next year, but the price will likely make them technology showpieces rather than candidates for everyday lighting.

LEDs are efficient, durable and produced in great quantities, but they're still expensive. An LED bulb can contain a dozen light-emitting diodes, or tiny semiconductor chips, which cost about $1 each.

The big problem with LEDs is that although they don't produce as much heat as incandescent bulbs, the heat they do create shortens the lifespan and reduces the efficiency of the chips. Cramming a dozen chips together in a tight bulb-shaped package that fits in today's lamps and sockets makes the heat problem worse. The brighter the bulb, the bigger the problem is.

The most powerful pear-shaped LED bulbs in stores today — the kind that fits existing lamps — produce light equivalent to a 60-watt bulb, though there are more powerful ones for directional or flood lighting.

Osram Sylvania, a unit of Germany's Siemens AG, said it has overcome the heat problem and will be showing a pear-shaped 100-watt-equivalent LED bulb this week. It doesn't have a firm launch date, but it usually shows products about a year before they hit store shelves.

Lighting Sciences Group Corp., a Satellite Beach, Fla.-based company that specializes in LED lighting, will be showing several 100-watt-equivalent prototypes, including some that solve the problem of cooling the LEDs by using microscopic devices that move air over the chips, like miniature fans.

Before the 100-watters, there will be 75-watters on the shelves this year. Osram Sylvania will be selling them at Lowe's starting in July. Royal Philips Electronics NV, the world's biggest lighting maker, will have them in stores late this year for $40 to $45.

However, 60-watt bulbs are the big prize, since they're the most common. There are 425 million incandescent light bulbs in the 60-watt range in use in the U.S. today, said Zia Eftekhar, the head of Philips' North American lighting division. The energy savings that could be realized by replacing them with 10-watt LED bulbs is staggering.

To stimulate LED development, the federal government has instituted a $10 million "L Prize" for an energy-efficient replacement for the 60-watt bulb. Philips is so far the only entrant in testing, and Eftekhar expects the company to win it soon. But Lighting Sciences Group plans its own entry, which it will demonstrate at the trade show.

Philips has been selling a 60-watt-equivalent bulb at Home Depot since December that's quite similar to the one submitted to the contest. But it's slightly dimmer, consumes 2 watts too much power and costs $40, whereas the L Prize target is $22. Sylvania sells a similar LED bulb at Lowe's, also for $40.

However, LED prices are coming down quickly. The DoE expects a 60-watt equivalent LED bulb to cost $10 by 2015, putting them within striking range of the price of a compact fluorescent bulb.

Bob Karlicek, the director of the Smart Lighting Research Center at Rensselaer Polytechnic Institute in Troy, N.Y., thinks that price is achievable.

But, he said, "it's not necessarily clear to people in the lighting industry that LED chips were ever meant to go into a bulb."

What's really needed, he said, is a new approach to lighting — new fixtures and lamps that spread out the LEDs, avoiding the heat problem.