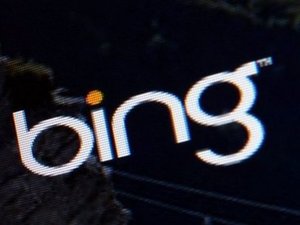 "The best decisions are not just fueled by facts, they require the opinions and emotions of your friends," Bing senior vice president Youssef Mehdi said in a release.

"We're marrying fact-based search results with your friends' street smarts to combine the best data on the Web with the opinions of the people you trust the most and the collective IQ of the Web."

Microsoft also added a "Bing bar" button that Facebook members can use to indicate a "Like" for any web page they visit.

In October, Facebook and Microsoft announced they were working together to personalizing Internet searches.

"This is just the beginning; there is going to be a whole lot more to come over time," Facebook founder Mark Zuckerberg said as the collaboration was revealed.

Likes, interests and other information shared at Facebook hold the potential to let search engines tailor online searches to individuals and personalize results.

Microsoft's partnership with Facebook dates back four years to when the social networking service had just 100 employees and seven million members.

Microsoft paid 240 million dollars in late 2007 for a 1.6 percent stake in Facebook. Bing is used to power Internet searches at the social network.

Bing has been striving to close ground on Internet search king Google, which dominates the U.S. market. Google executives have discussed the importance of making searches more personal and social.