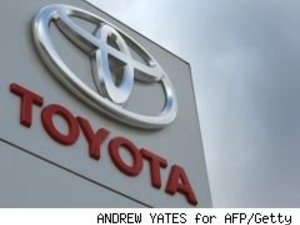 Japan's Toyota Motor on Monday said it planned to create a private social networking service that will let cars "tweet" their drivers when they need servicing.

The Japanese automaker said it would work in conjunction with US cloud computing firm Salesforce.com to create the "Toyota Friend" service for owners of electric cars and plug-in hybrid vehicles to be introduced next year.

Microsoft Corporation, which in April announced a strategic partnership with Toyota to build a global platform for next-generation communications services, will invest 335 million yen.

Toyota described the service as "a private social network that connects Toyota customers with their cars, their dealership, and with Toyota."

The service will be accessible through smart phones, tablet PCs, and other advanced mobile devices.

Cars will be able to send tweet-like alerts reminding drivers to recharge their batteries, Toyota said.

"The automobile needs to evolve in step with that transformation."