'Light Up My Life' Songwriter Kills Self 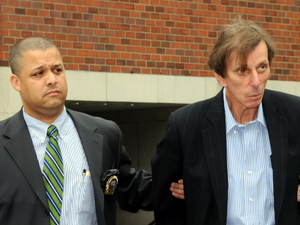 Brooks, 73, wrote "You Light up My Life," which won the Oscar for best song, from the 1977 film of the same name, which he also wrote and directed. He also won a Grammy for the song.

Brooks in 2009 pleaded not guilty to a variety of charges including rape, after police said he lured 13 aspiring actresses to his apartment for individual "auditions," during which he assaulted them.

A New York police spokesman said Brooks was found dead Sunday at 12:30 pm (1630 GMT) from "an apparent suicide" in his apartment. No other details were released.

His son, Nicholas Brooks, is awaiting trial for the slaying of his ex-girlfriend, Sylvie Cachay, a swimsuit designer who was found dead in the bathtub of her New York apartment in December.