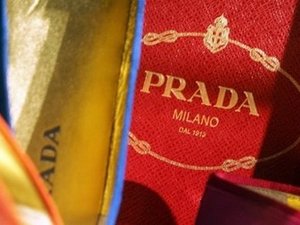 Italian luxury fashion house Prada will make its market debut on the Hong Kong stock exchange on June 24, in a highly anticipated offering aiming to raise up to $2 billion.

In the latest move by high end fashion companies to tap the huge Chinese market, the family-owned giant plans to start bookbuilding for institutional investors on June 6 and start its public offering eight days later.

The firm will price its deal on June 17, Dow Jones Newswires quoted a term sheet as saying, and it is planning to use proceeds to expand its sales network, increase floor space, repay bank loans and supplement working capital.

Prada in Hong Kong could not be reached for immediate comment.

The Milan-based group reportedly received the approval from Hong Kong's market regulators last week for its plan to sell 20 percent of its shares. The move would value the group at up to eight billion euros ($11.3 billion).

The group, which includes the Prada, Miu Miu, Church's and Car Shoe brands is 95 percent controlled by the Prada family and executives.

Prada announced in January it would make its first public listing on the Hong Kong bourse in a sign of Asia's growing appetite for designer goods, especially to capitalise on the cash-rich mainland Chinese markets.

China is the world's fastest-growing market for luxury goods.

It is forecast to be the world's top buyer of products such as cosmetics, handbags, watches, shoes and clothes by 2015, according to consultancy PriceWaterhouseCoopers.

Prada's listing plan comes as second-hand luxury handbag retailer Milan Station made a successful debut in Hong Kong Monday, with its shares soaring as much as 77 percent after its IPO was oversubscribed by more than 2,100 times.