EBay May Use Skype Money For Acquisitions 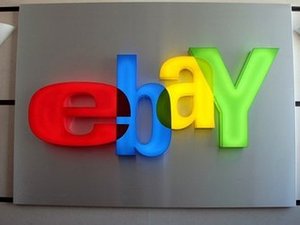 EBay may use some of the $2.4 billion it will receive from the sale of its stake in Skype to make acquisitions, the chief executive of the online auction giant said in an interview published Monday.

EBay CEO Jack Donahoe told The Wall Street Journal that the company may also use some of the proceeds from its sale of the 30 percent stake it owns in Skype to return money to investors through share buybacks.

"We will continue to use that balance sheet to invest in organic growth, make acquisitions selectively and provide return to our shareholders with stock buybacks," Donahoe told the newspaper.

He said the San Jose, California-based company has over $8 billion in cash and was on the lookout for takeover targets.

"There is nothing imminent but when we see something that will help our mission to connect buyers and sellers (we will do it)," added Donahoe.

U.S. software titan Microsoft announced this month that it was buying Internet voice and video leader Skype for $8.5 billion.

Donahoe also told the Journal that eBay would increase its focus on mobile products that allow people to shop, locate goods and compare prices with their phones.

"Our purpose is to bring consumers the best experience to find what they want, how they want and when they want it, whether it's on eBay or otherwise," Donahoe said. "A lot of eBay innovation will be around mobile.

"Soon I will be able to take a photo of your shoes and find out where I can buy them and how much they cost," he said.

Citing Eastern Europe and Russia as examples, the eBay CEO said he does not expect eBay to be present in every market.

"Many of those markets are not large enough for eBay to have a standalone presence," he said, and growth would come through cross-border sales.