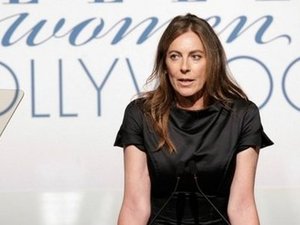 U.S. film giant Columbia Pictures said Tuesday it has won the U.S. distribution rights for a film about the killing of Osama bin Laden, to be directed by Oscar-winning filmmaker Kathryn Bigelow.

Bigelow and journalist-turned screenwriter Mark Boal, who won Oscars for Iraq bomb squad movie "The Hurt Locker" in 2010, had already been working on a project about the Al-Qaeda chief's capture or killing, before his death on May 2.

Immediately afterwards there were reports they were scrambling to decide what to do with the project, but Tuesday's announcement by Amy Pascal of Columbia's parent company Sony Pictures Entertainment confirmed the plans.

"Bigelow and Boal have been developing the project since 2008 and plan to incorporate recent events into the film," said a statement, adding that the film will focus on "the black ops mission to capture or kill" bin Laden.

Pascal added: "With the death of Osama bin Laden, this film could not be more relevant. Kathryn and Mark have an outstanding perspective on the team that was hunting the most wanted man in the world.

"Mark is second to none as an investigative journalist, and Kathryn will bring the same kind of compelling authenticity and urgency that distinguished The Hurt Locker and made that film so memorable and special."

Boal and Bigelow will produce the as-yet unnamed movie with Annapurna Picture’s Megan Ellison, and executive producer Greg Shapiro. Filming will start in late summer, with the film to be released in the last quarter of 2012.

There is a long history of movies based on real events, from "JFK" to "Titanic," or more recently "United 93" about the heroism of passengers who prevented a fourth plane from hitting its mark on 9/11.

Bigelow has built her career via movies notable for their macho characters, whether it's bank-robbing surfers in "Point Break" to adrenaline-addicted bomb squads in "The Hurt Locker."

She became the first woman to win the best director Oscar last year for "The Hurt Locker," a nerve-jangling movie about a U.S. Army bomb disposal squad in Baghdad.

The low-budget drama, based on a screenplay by Boal after he was embedded with a bomb squad in 2004, beat $500 million sci-fi epic "Avatar," directed by her ex-husband James Cameron, at the 2010 Academy Awards.