Europe Eyes 1.2 Bln Euros to Boost Democracy in Its Backyard 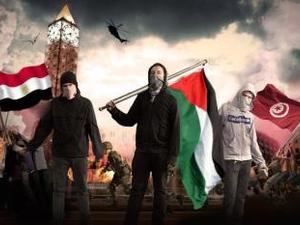 Europe is looking to pump 1.2 billion euros of extra aid into fledgling democracies spawned by the Arab Spring as well as those on its eastern flank, according to a policy U-turn unveiled Wednesday.

Slammed for propping up despots and turning a blind eye to rights abuses in the past, the "top to toe" revamp of European Union policy to its neighbours aims to link aid to political and economic reform.

The plan will require "additional resources of up to 1,242 million until 2013" to 16 nations, according to a document obtained by Agence France Presse, to be officially released by the bloc's foreign policy chief Catherine Ashton and enlargement commissioner Stefan Fuele.

That would come on top of 5.7 billion euros already budgeted for the 2011-2013 period for neighbours south and east of the 27-nation bloc, it added.

Titled "A New Response to a Changing Neigbourhood", the document states that the Arab Spring as well as "encouraging progress" from countries such as Moldova and Ukraine, or Morocco and Jordan, requires the EU "to rise to the historical challenges."

But it cautions that support will be conditional.

"It will depend on progress in building and consolidating democracy amd respect for the rule of law," it says.

"The more and the faster a country progresses in its internal reforms, the more support it will get from the EU."

European help will come in a variety of ways, from direct aid for development projects to trade deals offering preferential access to EU markets, or finance from the European Investment Bank (EIB).

The root aim of the new-look EU policy is to promote what the bloc describes as "deep democracy".

It is "the kind that lasts because the right to vote is accompanied by rights to exercise free speech, form competing political parties, receive impartial justice from independent judges, security from accountable police and army forces, access to a competent and non-corrupt civil service."

The document said the EU would track progress and "where reform has not taken place, the EU will reconsider or even reduce funding".

Revolts in Tunisia and Egypt caught the EU napping earlier this year despite billions in aid and a slew of trade deals struck during 15 years of a Euro-Mediterranean partnership.

Critics slammed the EU for regarding despots as bulwarks against extremism, and failing to enforce the very values founding the union.

"Europe bowed before these dictators, it paid no heed to repression," said Alain Deletroz, an analyst at the International Crisis Group. "Europe is bidding to open a new chapter carrying a heavy burden from the past."

"It is a tangible expression of our commitment to reforms in the partner countries," he said. "It shows we are serious in our desire to help those who aspire to political freedom and a better future."

"We all share one future. If we promote democracy and development, we foster stability and avoid instability," he added.