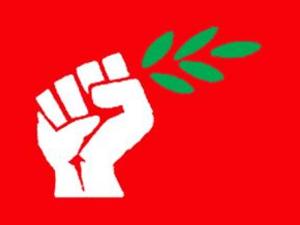 The March 14 general-secretariat said Wednesday that the delay in the formation of the cabinet confirms that the March 8 forces lack the courage to admit their failure.

“The non-formation of the cabinet four months after the nomination (of PM-designate Najib Miqati) is a sign of the Hizbullah team’s failure (to stage) a coup on democracy and constitutional institutions,” said a statement issued after the weekly meeting of the general-secretariat.

“This team doesn’t have the courage to admit its failure,” it said, warning the Hizbullah-led March 8 alliance against making “adventures that would lead to chaos and destruction of what is left of the state.”

The conferees criticized what they said was a “renewed campaign of lies” about Lebanese involvement in Syria’s internal affairs. They warned Syria against using Lebanon to send messages against certain sides.

The general-secretariat renewed its demand for the Assad regime to end its bloodbath and meet the aspirations of the people for freedom and democracy.

It also condemned attempts by thugs in Lebanon to confront public and personal freedoms and the freedom of expression and belief.

On the occasion of Liberation Day, the statement said the March 14 forces take pride at the “national achievement” but reiterated its demand for Lebanon’s “consensual” commitment to U.N. Security Council Resolution 1701 to protect the country, army and international troops from any attack.

The whole March 8 are a failure

March 8 proved beyond a shadow of a doubt that they are not fit to rule. A bunch of thugs and mercenaries.