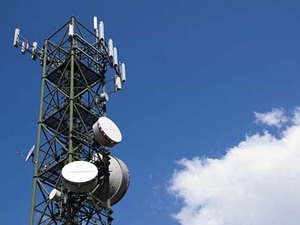 Security forces prevented on Thursday caretaker Telecommunications Minister Charbel Nahhas, several directors at the ministry, and a technical team from entering one of the ministry’s buildings at the Adlieh area.

Sources told Naharnet, that the minister and the technical team headed to the building in order to dismantle a mobile phone station belonging to OGERO Telecom.

The station, which was operating under a trial period, included equipment that was presented as a gift from the Chinese government to OGERO.

OGERO Telecom General Director Abdul Monem Youssef had previously informed Nahhas that he has no right to dismantle the station and transfer it to the MTC mobile phone operating company.

Any modification to the donation agreement between OGERO and the Chinese government would require approval by Cabinet, he added.

The telecommunications minister disregarded this fact and insisted on dismantling the station, he said.

Nahhas headed to the building at Adlieh Thursday morning where he was confronted by the security forces who informed him that he may enter the station, but without the technical team, Youssef clarified.

The minister later held a press conference recounting the morning’s developments, describing the practices at the ministry as a “coup”, led by the Internal Security Forces.

He urged the army leadership to suppress the ISF coup, saying that the Intelligence Bureau is refusing to implement Baroud’s order to pull security forces out of the ministry building.

Later on Thursday, the ISF General Directorate stated that it is not concerned with any legal disputes within the Telecommunications Ministry and it executes its commands in order to protect public institutions.

It said in a statement clarifying the morning’s events that it had received a request from OGERO on May 21, 2011, requesting security protection during the installation of a third mobile network, whose center is located on the second floor of a Telecommunications Ministry building at Adlieh.

Based on OGERO’s request, the ISF general directorate sent security forces to the Adlieh building, as per the procedure adopted in similar situations, added the statement.

Nahhas arrived at the building requesting that ministry employees be allowed access to the second floor so they may dismantle the network and its equipment, it continued.

The minister was informed of OGERO’s request for security forces and the order that no one tamper with the equipment.

The security forces informed him that he may enter the floor, but without his security personnel because they were already present on the floor, upon which Nahhas refused to enter the floor and left the building, the statement noted.

You failed to mention the reason why the minister wanted to dismantle the station ... seems like a one sided story

Obviously, those who have been calling for "state institutions" for the past 6 years while everyone knows who they and their predecessors collaborated with for over 20 years, have finally shown their true face. Hariri Mafia & Co. must be tried and punished. Otherwise, forget about the state and the institutions.

The Harriri mafia disguised as the ISF needs to swept clean starting with Rifi.

wow mowaten has insider info that no one knows about...go play with your toys dude

Nahhas works for current caretaking government, and he must carry out the directives of this government. He can not make decisions that are contrary to the wishes of the cabinet.