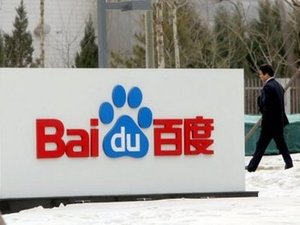 Chinese search engine Baidu said Thursday it was thinking about expanding into more overseas markets and expected its share of the booming domestic mobile search market to grow rapidly.

The company, which has already launched a Japanese-language search engine in Japan, is currently determining which markets to target next, senior vice president Shen Haoyu told a technology forum in Beijing.

Baidu is setting up a multi-language platform "to get us more ready once we do decide to go to a market," Shen said.

"For sure, we do have global aspirations," he said. "A lot of the company's growth in the next 10 years will come from overseas expansion."

The number of China's mobile Internet users reached 303 million at the end of last year, compared with its total world-leading online population of 477 million, according to official data.

The government said Tuesday the country had more than 900 million mobile phone subscribers at the end of April, up from 859 million as of end-2010 -- meaning the army of mobile Internet users could see explosive growth.

Shen expressed confidence that Baidu would eventually achieve the same dominant market share in mobile search as it already has in the overall search market.

"We are not there yet, but I think our share is growing... very fast," Shen said.

Baidu had 36.1 percent of China's diverse wireless search market in the first quarter of 2011, as compared with its 75.8-percent share of the overall search market, according to figures from research firm Analysys International.

US Internet giant Google, which reduced its presence in China after a spat with Beijing last year over censorship and allegations of cyber attacks, remains Baidu's top rival and is still confident about its market prospects.

"Competition is just reality. It's there," John Liu, a vice president of Google, told the forum.

"You just focus on users, make them feel your search engine ... With a lot of things put together, as long as a user learns it -- you use it -- market share will come and business will come back," he said.

Google had 19.2 percent of China's search market in the first quarter of the year, down from 19.6 percent in the last three months of 2010, according to Analysys data.