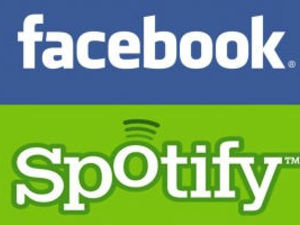 Facebook and Spotify are collaborating on a streaming music service at the world's largest online social network, according to a report Wednesday by business magazine Forbes.

A Facebook spokesman told Agence France Presse that it had no news to announce on that front, but pointed out co-founder Mark Zuckerberg commenting at a G8 summit that the California company is interested in making the music and film industries more social.

"Many of the most popular music services around the world are integrated with Facebook and we're constantly talking to our partners about ways to improve these integrations," the Facebook spokesman said in response to an AFP inquiry.

"Specific to Spotify, we consistently point to their product as one of the best examples of using Facebook to provide people with a rich social experience."

Facebook members can already use an application to share with friends what songs they are listening to at Spotify.

A Forbes story based on unnamed sources reported that Facebook is testing a service that would allow songs from Spotify's vast library of music to be streamed to members of the social network.

Facebook is not out to get into music or film businesses but it is working with companies that create entertainment content to make their services more social, Zuckerberg said at a G8 forum in Paris.

"I hope we can help those companies become more social," Zuckerberg said.

"We're going to see a lot of the transformation in these industries over the next three, five years that we have with gaming so far."

Titles such as "FarmVille" by Zynga, made for play online with friends at Facebook, are part of a hot "social games" trend and Zuckerberg said that similar potential exists with news, music and films.

"These industries can be rebuilt from the ground up with social," he continued. "The opportunities when you make these companies social are a lot bigger than they are (in their current form)."

Founded in 2006, Spotify is one of the world's largest streaming websites and is available only in Sweden, Norway, Finland, Britain, France, Spain and the Netherlands because of copyright issues.

The company announced in March it reached one million paying users. It currently has around seven million users of its free version, the company's chief product officer Gustav Soederstroem told news agency TT.