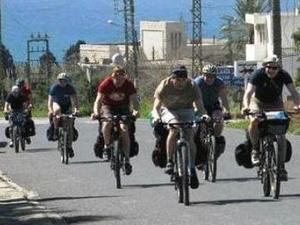 An Estonian security delegation toured the industrial area of the eastern city of Zahle where seven Estonian tourists were abducted more than two months ago, the pan-Arab al-Hayat newspaper reported on Friday.

Informed security sources said that “the aim of the visit might be connected with the abductees’ statement in their last video… saying that the Estonian state doesn’t care about them.”

The sources told the newspaper that the “Interior Ministry called on France and other European countries to offer help regarding the abduction by providing Lebanon with satellite images of the industrial area located near the Syrian-Lebanese border.”

The delegation included two Estonian police officers accompanied by a security officer from the French embassy in Lebanon and the Internal Security Forces commander of the Bekaa Brig. Gen. Charles Atta, al-Hayat said.

The seven Estonian tourists pleaded for help in their last video; criticizing their government for abandoning them and saying they were in "great danger.”