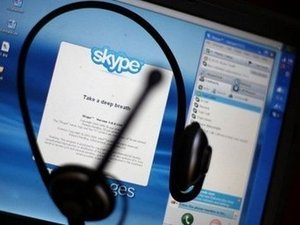 Skype on Thursday was scrambling to fix a problem that caused the globally popular Internet telephone service to be inaccessible for a "small number" of users.

"A small number of you may have had problems signing in to Skype," Skype engineer Peter Parkes said in an update at the Luxembourg-based firm's blog.

"This predominantly affects people using Skype for Windows," he continued. We have identified the problem and will issue a fix in the next few hours."

His message included step-by-step instructions for Skype users to correct the problem on computers powered by Windows, Linux, or Macintosh operating systems.

Skype spokesman Chaim Haas said that while some users had trouble signing in, the service never went out and its computers didn't crash.

Skype was up and running, with 25 million people logged in early Thursday afternoon, according to Haas.

"Engineers have been hard at work all day and a formal fix will be pushed out shortly," Haas said of the situation.

The problem came just weeks after Microsoft sealed a deal to buy the Internet voice and video leader for $8.5 billion dollars in a move aimed at boosting its presence in an online arena dominated by Google and Facebook.

The purchase of Skype, which reportedly also attracted interest from Cisco, Facebook and Google, is the largest ever by Microsoft and gives it control of one of the few companies whose name has become a verb, as in to "skype."

Skype users can make low-cost or free phone calls over the Internet using their computers or smartphones. Skype bypasses the standard telephone network by channeling voice and video calls over the Web.

Wow, this piece of writing is fastidious, my
sister is analyzing these kinds of things, therefore I
am going to tell her.

It's amazing to pay a visit this site and reading the views of all mates about this article, while I am also zealous of getting know-how.