Canadians Using Smartphones for Everything But talking 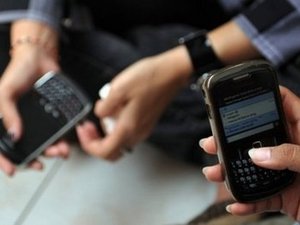 A boom in smartphone sales is changing how Canadians interact with each other as these devices are increasingly used for anything but talking to people, according to a survey Thursday.

Three in 10 Canadians now own a Blackberry, iPhone or other smartphone (up 50 percent over last year) and they spend an astonishing 17.3 hours per week using their device, according to the Ipsos Reid online poll.

For the first time ever, however, the majority of smartphone usage, 54 percent, was for activities other than talking, the report said.

"For several years, smartphone growth was incremental at best, but in 2011, it's been exponential," said Steve Mossop of Ipsos Reid.

"A combination of device enhancements, Android (operating system), and the explosion of apps (applications) has resulted in a significant uptake of smartphones among Canadians to the point where usage levels are competing with television viewing and internet browsing in terms of hours spent."

"This phenomenon is transforming the way Canadians interact with each other and with brands," said Mossop, urging marketers to consider using mobile apps to reach consumers.

The Ipsos Reid survey of 834 Canadian adults was conducted online and has an estimated margin of error of 3.39 percentage points.