Williams: STL May Affect Lebanon's Stability, I Don't Think Anyone has Any Information over its Future Measures 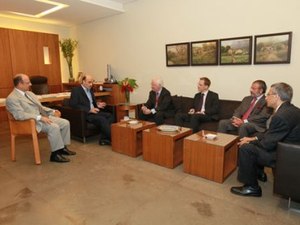 He pointed out however that there are other factors that may also target the country's stability, such as the tensions with Israel, adding: "We are trying to calm the situation and deal with the facts."

He said after meeting Lebanese Forces leader Samir Geagea: "The STL is an independent entity … and we will see what may come of it, but I am not entitled to comment on the measures it may or may not take because I don't think anyone has any information over them."

Williams also informed Geagea of the U.N. Security Council's latest meeting on the implementation of resolution 1701.

The talks also addressed the situation in southern Lebanon and the latest local and regional developments.