Quarter of Tunisians Living in Poverty 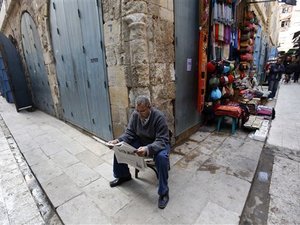 Nearly a quarter of the Tunisian population is living below the poverty line and some 700,000 people are unemployed, according to figures by the social affairs ministry on Saturday.

Some 24.7 percent of the North African country's 10.4 million population live off less than two dollars a day, the international poverty threshold, said figures quoted on the official TAP news agency.

Social Affairs Minister Mohamed Naceur also told the agency that the number of unemployed stood at 700,000, 69 percent of whom aged under 30. Around 170,000 of the jobless total had university degrees, he added.

The high level of unemployment among the younger population was seen as a key factor in the January uprising which led to the toppling of veteran president Zine el Abidine Ben Ali.

Leaders of the group of eight (G8) industrialized nations agreed at a summit this week to give 40 billion dollars in loans and aid to help Arab countries such as Tunisia and Egypt which overthrow authoritarian regimes.

Tunisian Prime Minister Beji Caid Essebsi was quoted in the Tunisian press Saturday as saying that while he had received assurances at the G8 summit in France that "things would get better and better," he admitted that he was "not entirely satisfied" by the pledges of support.