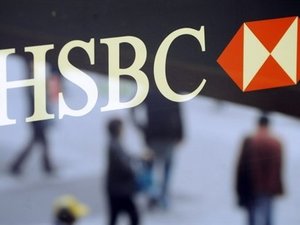 Banking giant HSBC said Monday it was thinking of introducing Islamic financial services in Australia where the government is keen to use such offerings to grow as a regional finance hub.

"We are a major player in Islamic finance globally and that's an area that we are keeping an eye on," HSBC Bank Australia chief executive officer Paulo Maia told Dow Jones Newswires. "It could be the next one."

Australia has been slow to introduce banking services that comply with shariaa law but has said providing Islamic financing was a crucial plank in its strategy to make the nation a financial hub in the Asia-Pacific.

A 2010 government report on Islamic banking said growth in such services was being driven in part by foreign petrodollar investors whose domestic economies and financial systems were too small to absorb all oil export revenues.

Islamic financial products have an ethical focus and notably exclude investment in alcohol and gambling while under Muslim shariaa law the earning of interest is prohibited.

Australia, which has some 365,000 Muslims, has said it is well positioned to service almost one billion Muslims who live in the Asia-Pacific region.