Bollywood Sequels: A Recipe for Success? 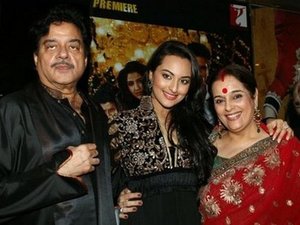 A glut of Bollywood sequels are due out in the coming months, prompting questions about whether the industry has run out of ideas or is just milking a successful formula in troubled times.

More than a dozen follow-ups are in the pipeline, including "Bheja Fry 2" (Brain Fry), a second "Dabangg" (Fearless), a third in the "Dhoom" franchise and another installment of the "Golmaal" series.

Shah Rukh Khan is also getting in on the act, with a sequel due out by the end of the year of his hit "Don". The action film, in which the actor reportedly does his own stunts, is currently in post-production.

Bollywood studios are increasingly desperate for a money-spinner, with box office takings in the Indian film industry as a whole down for the last two years and the lack of original, quality script-writing a common complaint.

But "Bheja Fry 2" director Sagar Ballary rejected the notion that follow-ups are an easy option -- and said success was not guaranteed.

"I didn't rush to make the sequel immediately after the first film came out in 2007. We waited for the right script to make this part two," he said.

"Every film stands on its own. Whether it's a sequel or not, the film has to be good to work."

"Bheja Fry,", starring comedian Vinay Pathak, is based on the popular 1998 French comedy "Le Diner de Cons" (The Dinner Game), which was also made into a Hollywood movie, "Dinner for Schmucks".

Follow-ups are an established part of Hollywood. Some films, like those in the "Godfather" trilogy, are arguably better than the original. Others, like the Star Wars prequels, fail to find favor with fans or critics.

Bollywood, which is increasingly following Hollywood trends in filmmaking and marketing, has not been averse to sequels in the past.

Director Rohit Shetty will be hoping the fourth, starring Kareena Kapoor and Ajay Devgn, will be just as successful and has no qualms about doing another follow-up.

"If I have created a brand, why should I be apologetic about making money on it? You reap what you sow, right?" Shetty was quoted as saying in the Hindustan Times newspaper recently.

The "Dhoom" series has equally been a box office winner throughout the last decade.

Bollywood producer Arbaaz Khan, who will direct "Dabangg 2", said the film was at the scripting stage and hopes that it will live up to audiences' expectations.

Arbaaz Khan said a sequel is justified given the film's following.

"It was the biggest mass entertaining film of the last year that did extremely well at the box office. So, the sequel, too, will hopefully work like the first one," he said.

For all their insistence on artistic integrity, Khan, Ballary and other filmmakers admit that financial factors are important.

With the "brand" already known, less has to be spent on marketing and success is more likely, the argument goes.

"Producers are demanding because for them it's good business," said Ballary. "They know sequels will surely recover the cost of the box office because of the success of part one and there's not much to lose.

"There are many scripts and good story ideas in the market but producers don't want to risk new ideas and they feel it's safe to work with a sequel because audiences like it."

Khan added: "The pressure to deliver a hit is bigger because people will surely have greater expectations."