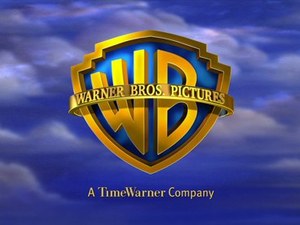 U.S. film giant Warner Bros has revealed the titles of the two long-delayed upcoming "The Hobbit" movies, prequels to the Tolkien epic "Lord of the Rings" by Oscar-winning director Peter Jackson.

"The Hobbit: An Unexpected Journey" is due to be released in December 2012, while "The Hobbit: There and Back Again" is slated for release 12 months later, the studio said on the project's Facebook page.

"There and Back Again" was the subtitle of the original 1937 book about the adventures of Bilbo Baggins, while "An Unexpected Journey" echoes the novel's opening chapter, "An Unexpected Party."

After years of wrangling and delays, the $500 million project, a two-part prequel to blockbuster "The Lord of the Rings" trilogy, began filming in New Zealand in March.

The movies are being shot consecutively in digital 3D at Stone Street Studios in Wellington and on location around New Zealand, said Warner Bros, producing the film along with New Line Cinema and MGM.

Actors reprising their "Lord of the Rings" roles include Ian McKellen, who returns as Gandalf, Cate Blanchett as Galadriel, Orlando Bloom as Legolas, Christopher Lee as Saruman, Elijah Wood as Frodo, and Andy Serkis as Gollum.

British actor Martin Freeman takes on the central role of Bilbo Baggins, who is swept into an epic quest to reclaim the lost Dwarf Kingdom of Erebor from the fearsome dragon Smaug.

"The Hobbit" has been dogged by problems. The most serious threat erupted in October, when unions slapped a global boycott on the project in a dispute over pay, prompting Jackson to look at shifting filming from New Zealand.

Warner Bros. finally agreed to keep the production in the country, which provided a stunning backdrop to the "Rings" movies, after the government changed employment laws and gave the studio millions of dollars in tax breaks.

Before that, the project was stalled for years amid rows over distribution rights, reported budget blowouts and financial woes at the MGM studio, prompting director Guillermo del Toro to quit last year.