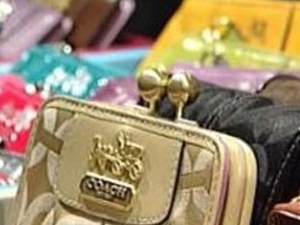 Some of the world's top luxury brands are set to list on the Hong Kong bourse to tap China's deep capital markets -- and draw more customers -- as demand for premium goods soars in Asia, analysts say.

The city's profile as a luxury magnet was boosted in January when Prada said it would list its shares in Hong Kong, after French cosmetics chain L'Occitane raised more than $700 million in the financial hub last year.

The Italian fashion house, which includes the Prada, Miu Miu, Church's and Car Shoe brands, is expected to raise as much as $2 billion when it debuts on Hong Kong's bourse later this month.

In May, U.S. handbag maker Coach, already listed in New York, announced its shares may start trading in the southern Chinese territory by year-end, saying it hoped to heighten the brand's profile across the Asia Pacific.

Upscale luggage-maker Samsonite's Hong Kong share sale, which kicks off this week, is also expected to raise as much as $1.5 billion.

And Britain's Burberry is also reportedly eyeing a listing in the city as high-end retailers scramble to profit from the region's rising incomes, especially in China, the world's fastest-growing market for luxury goods.

Powered by a red-hot economy, China is forecast to be the world's top buyer of products such as cosmetics, handbags, watches, shoes and clothes by 2015, according to accounting giants PricewaterhouseCoopers.

The rush to list in Hong Kong has seen advertising splashed across street billboards and newspaper pages, to generate interest among the city's legions of retail investors for the luxury brands' stock sales, as much as their handbags and shoes.

"These companies are already getting more than half of their global luxury sales from Asian customers."

China's soaring economic success has produced a staggering 1.11 million households worth a million dollars, according to a Boston Consulting Group report which found only the U.S. and Japan had more millionaires.

That immense wealth has also seen private jet makers and auction houses including Sotheby's and Christie's zero in on the China market. Hong Kong now rivals New York and London in the auction business.

China's deep capital pool helped the territory claim title as the world's biggest IPO market in 2010 -- for the second year in a row.

"Listing in Hong Kong will enable Prada and Coach to access a deep capital base in Asia," said Liu Qiao, finance professor at Peking University's Guanghua School of Management.

"Finance should follow where your real activities are. As the market and future growth engines are in Asia, listing in Hong Kong is a very natural step forward for these firms."

A high-profile launch "also turns customers into shareholders which may further improve their brand loyalty," he said.

While big institutional investors provide the bulk of the funds, Hong Kong's retail investors are loathe to miss out on the action, in a place where brands are revered and long queues outside top-end retailers are a common sight.

That enthusiasm helped drive shares in second-hand luxury handbag retailer Milan Station soaring as much as 77 percent on their debut last month.

Milan Station's share sale was Hong Kong's hottest ever with the IPO reportedly oversubscribed by more than 2,100 times.

"Asia is home to a large pool of monetary liquidity and any company that has an Asia-related component to their business would naturally look to listing... in the region," U.S.-based consumer analyst Jonathan Galaviz told AFP.