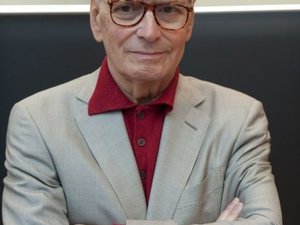 Oscar-winning composer Ennio Morricone, author of the film scores for "Spaghetti Westerns" starring Clint Eastwood in the 1960s, will head up the jury for the Rome film festival, organizers said on Wednesday.

Morricone, 82, who started out as a jazz trumpeter, has also worked with celebrated directors Brian De Palma and Giuseppe Tornatore and has received two Grammy Awards and two Golden Globes in a career spanning half a century.

The Rome festival, which runs from October 27 to November 4, is a relatively new addition to the film festival scene starting out in 2006.

Organizers said in a statement that the jury would include Roberto Bolle, a ballet star and lead dancer at the Teatro della Scala in Milan.