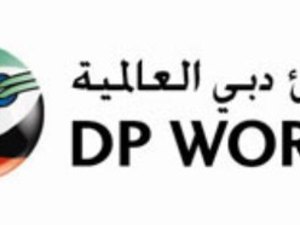 Dubai's DP World, the world's fourth biggest port operator, made its debut on the London Stock Exchange on Wednesday, one week after Swiss commodities giant Glencore joined the market.

The stock began trade at 830 pence per share and about 157,500 shares have changed hands so far, according to the LSE website.

The government-controlled company, which is already listed on the Nasdaq Dubai, has now become the first Dubai company to obtain a premium London listing.

"DP World Limited is pleased to announce that all of its 830 million ordinary shares have today been admitted to the official list of the UK Listing Authority and to trading on the LSE's main market for listed securities," the group said in an official statement.

"There was no new capital raised as part of the listing on the London Stock Exchange. The aim is to provide an additional platform to invest in DP World shares to help attract a broader range of investors.

"DP World shares will also continue to trade under DP World's existing listing on Nasdaq Dubai with its shares being fully fungible (interchangeable) across both exchanges."

Sultan Ahmed Bin Sulayem, chairman of DP World, described the development as a "milestone" for the group.

"Today marks another milestone in our history as DP World becomes the first Dubai company to obtain a premium listing on the London Stock Exchange.

"This is a very proud day for the board and management of DP World," he added.

Last week, Glencore became the first company in 25 years to join the FTSE 100 index on its admission to the London stock market.

Deutsche Bank and Citigroup have worked on the deal. Lebanese poeple have led the transaction in London. Good stuff