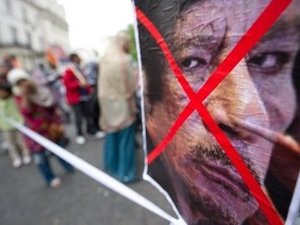 Japan has frozen $4.4 billion in assets belonging to Libyan leader Moammer Gadhafi and his entourage under the terms of a U.N. Security Council resolution, a report said Saturday.

The assets included bank savings, the Yomiuri Shimbun newspaper reported citing data of the finance ministry, without giving fuller details. A spokesperson was not immediately available to comment on the report.

The U.N. Security Council, with strong support from Arab and African nations, on February 26 unanimously passed sanctions against the Gadhafi regime with the aim of stopping a crackdown on anti-government forces.