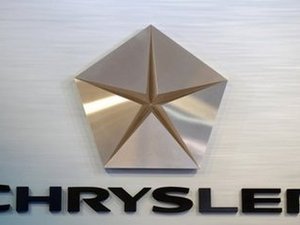 Iconic American carmaker Chrysler officially came under the Italian flag Friday when Fiat announced it had obtained a majority share after buying out the U.S. government's stake.

The takeover comes two years after Fiat took a 20 percent stake in exchange for sharing its technology and providing trusted leadership as Chrysler emerged from a government-backed bankruptcy.

President Barack Obama celebrated the news with a visit to a Chrysler plant in Toledo, Ohio, where he told workers that the government's unpopular decision to bailout Chrysler, General Motors and their suppliers had paid off.

Just two years ago, Toledo and other cities across the country came perilously close to learning what life would be like if Chrysler's plants shut down.

The deepest recession in decades had already cost the U.S. auto industry 400,000 jobs and millions more jobs could have been lost if Chrysler and GM had failed.

"Today, all three American automakers are turning a profit. That hasn't happened since 2004," Obama said.

"Today, all three American automakers are gaining market share. That hasn't happened since 1995."

The Detroit Three are also expanding production, which has helped the auto industry recover 113,000 jobs in the past two years, according to the president.

"And today, I'm proud to announce the government has been completely repaid for the investments we made under my watch by Chrysler because of the outstanding work that you guys did," he told the plant workers.

But while Chrysler may have repaid the loans extended after Obama took office in January 2009 six years earlier than planned, U.S. taxpayers still took a hit.

The U.S. Treasury estimates that it will not recover $1.3 billion of the $12.5 billion of taxpayer funds injected into the struggling automaker beginning in December 2008 under then-president George W. Bush.

Chrysler, which got back in the black in the first quarter of this year for the first time since emerging from bankruptcy, has completely revamped its product offerings and was one of the only big carmakers to post a sales gain last month.

Sergio Marchionne, the chief executive officer of both Fiat and Chrysler, said in a statement that the deal reached with the U.S. Treasury will permit the acceleration of the integration of the two companies.

He aims to create a giant capable of rivaling the world's biggest automakers -- Japan's Toyota, GM and Germany's Volkswagen.

Fiat plans to expand its share to as much as 70 percent by purchases the stakes of the Canadian governments and the United Auto Workers union.

Chrysler seems to have finally found a "home" after the disastrous marriages to Germany's Daimler and the investment group Cerberus, said Rebecca Lindland, an analyst with IHS Global Insight.

With Fiat's controlling stake and the exit of government capital, Chrysler is also less pressed to launch an initial stock offering.

"We haven't made a decision" on timing, Marchionne told Bloomberg TV, adding that there's "no emergency to get that done in 2011."