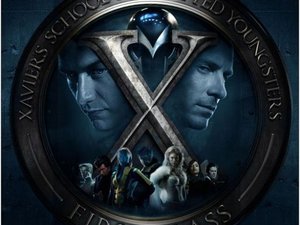 The well-received fifth installment, starring James McAvoy and Michael Fassbender, shines light on the beginning of the X-Men saga and a "secret history" of the Cold War.

The Marvel Comics team proved a headache for "The Hangover: Part II," which was bumped from the top spot. It earned $32.4 million, bringing its two-week total to nearly $187 million, according to industry tracker Exhibitor Relations.

Critics panned the raunchy comedy for lacking originality, as Bradley Cooper and company retrace their bachelor party missteps -- just like the first time -- but in Bangkok instead of Las Vegas.

Another sequel follows in the third spot, as "Kung Fu Panda 2" picked up $24.3 million, giving it a two-week total of $100 million. Jack Black and Angelina Jolie voice the lead roles.

"Pirates of the Caribbean: On Stranger Tides," the fourth installment starring Johnny Depp as Captain Jack Sparrow, earned $18 million in the fourth spot, for $190 million in three weeks.

The surprise hit "Bridesmaids," a comedy about a group of women preparing for their wedding day supporting roles, dropped one spot to fifth, grossing $12 million in its fourth week.

Also down one spot was "Thor" starring Chris Hemsworth as the mythical hero banished to Earth from the mystical world of Asgard. It pulled in $4.2 million, giving it a five-week total of $169 million.

"Fast Five" sped across the $200 million mark in its sixth week, earning $3.2 million in the seventh spot. It's the fifth volume in the high-speed car chase series.

Rounding out the top 10 were "Jumping the Broom," about two African-American families gathering for a wedding celebration and romantic comedy "Something Borrowed." Both earned slightly less than $1 million.