William and Kate To Live in Diana Palace 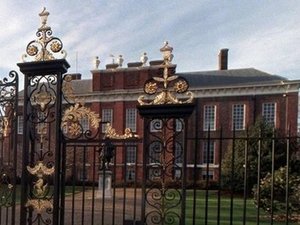 Prince William and new bride Catherine will within the coming months move into Kensington Palace, the London residence once shared by the prince and his late mother Diana, St James's Palace said Sunday.

The newly-titled Duke of Cambridge and his brother Prince Harry lived in the palace after Diana and Prince Charles divorced in 1996, but the newlywed couple will move into a different property within the grounds.

A spokesman from St James's Palace said: "We can confirm that The Duke and Duchess of Cambridge's official London residence will temporarily become a property at Kensington Palace.

"A number of options for longer term solutions are still being considered.

The duke and duchess currently live on the north Wales island of Anglesey, where the prince works as an RAF search and rescue helicopter pilot.

William, 28, is second in line to the throne for the 16 Commonwealth realms, including Britain, Canada, Australia and New Zealand.