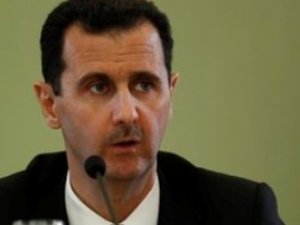 Fighting between rebels and loyalist forces raged in two Damascus neighborhoods on Tuesday while shelling of a village near the Syrian capital left four members of a family dead, a watchdog said.

"Fierce battles broke out in the Barzeh district of northern Damascus. Shelling in the area wounded five people and caused material damage," said the Syrian Observatory for Human Rights.

The monitoring group later said at least seven people had been killed in the neighborhood, one by a sniper and the others in shelling.

"Clashes also raged in the outskirts of Jobar (in eastern Damascus), next to Abbasiyeen Square," it added, referring to one of the capital's main squares.

Violence has escalated in Damascus in recent weeks as the army battles to push back insurgents seeking to penetrate the capital from enclaves on its outskirts.

Shelling on al-Hajar al-Aswad in southern Damascus killed at least three men and wounded more than 20 civilians, the Observatory said.

In Mqailyabeh in Damascus province, large swathes of which are under insurgent control, army shelling killed a three-year-old boy, his five-year-old sister, their mother and grandmother, the group added.

Elsewhere in the country, the Observatory said gunmen loyal to the Syrian regime had kidnapped passengers from a bus carrying residents of the town of Maaret Masrin, in the northern province of Idlib.

The Observatory -- which relies on a broad network of activists, doctors and lawyers for its reporting -- said at least 78 people had been killed so far on Tuesday.

A day earlier it announced that March was the deadliest month in Syria's two-year conflict, according to its count, with more than 6,000 people killed.

The U.N. says more than 70,000 people have been killed since March 2011, when a protest movement broke out against President Bashar Assad.

Meanwhile, also on Tuesday, Assad offered an amnesty deal to kidnappers in the war-torn country, giving them 15 days to hand over victims or face a life of hard labor, state news agency SANA said.

Kidnappers who do not release victims within the 15 days will be sentenced to "a life of hard labor", or executed if their victims have been killed or sexually abused, SANA said.

"Anyone who has kidnapped a person for a ransom and deprived him of his liberty for political, financial or sectarian reasons will be sentenced to a life of hard labor," said the decree, according to SANA.

Kidnappers will be "executed if the crime led to the (victim's) death or permanent disability, as well as in case of sexual assault", the decree added.

It promises amnesty to "anyone who has kidnapped a person and sets him free or hands him over to the competent authorities within 15 days of the decree's entry into force", SANA said.

Kidnapping is rife in Syria, where a two-year conflict has left more than 70,000 people dead, according to the United Nations.

Monitors say money is a key motive for kidnapping, but sectarian attacks are on the rise in a country where the majority of rebels, like the population, are Sunnis, while Assad and several of his close associates belong to the Alawite community.

do this include the thousands you kidnapped from Lebanon and still have in your jails?

wait for it.. who's the first apologist idiot who is going chime in about "what about the ones kidnapped by the lebanese militia during the war" as if what they did makes what the syrian regime did alright.

THis killer is funny, the other day the syrian parliament passed a copyright bill, like nothing is happening in syria hahaha

So Syria may be in heightening chaos, with tens of thousands dead and refugees flooding out of the country by the millions, but at least Damascus is taking care of such vital business – far faster than governments that aren’t devoting so much time and attention to slaughtering their own citizens. http://www.washingtonpost.com/blogs/in-the-loop/post/syria-civil-war-not-blocking-all-government-work/2013/04/01/fc30d18c-97ee-11e2-814b-063623d80a60_blog.html

Come to think of it, this is totally the wrong place to post! Wahhabi infested

is this dark days supporting bashar is Sharaf, but i dont blame you" فاقد الشيء لا يعرفه "

Boshar is the lowest form of human beings.. and so is his supporters and entourage!
btw i aint sure abt "human beings"

President Bashar is leading by example and not practicing the barbaric tactics being used by the FSA. All you people who opose are hard line extremists bearded fanatics that scream TAKBIRRRR when ever a cleric and innocents that dont agree with your zionest agenda that the FSA is pushing is killed.. You live under the robes of your backwards, hypocritical sheik's and kings to hold on to your false fabricated believes of what Islam should be to suit your murderous thirst for terror.

Leading by example..... What on how to kill innocent people and blame it on others?

Why is it that Iran and hizbollah supported uprisings in other countries. And Bahrain. But not in Syria?

Leading by example..... What on how to kill innocent people and blame it on others?

Why is it that Iran and hizbollah supported uprisings in other countries. And Bahrain. But not in Syria?

Jails are built to hold criminals. As for killing innocents, FSA have mastered this skill.

Loool one statement says it all "its Israels fault" again.... yes the ba ba black sheep chorus is sound and clear this is all designed and executed by Israel such the building up of Hizballah and Assads regime. Israel is also responsible for the build up and hatred of Asad towards his people and the religous hate program that drove this from the Iranians, through the syrian Alawis down to the Christians, Druze and Suni's of the region. Israel is also repsonsible for the loss of Brazil at the last world cup and the tootch fairy too. Now repeat the chorus again...ba ba black sheep have you any wool?