Syrian Firms May Be Next Hit by EU Sanctions 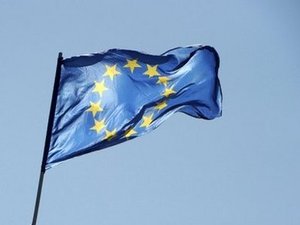 Syrian companies linked to President Bashar al-Assad's regime may be next to be hit by European Union sanctions, diplomatic sources said Wednesday.

"There is talk of strengthening sanctions against Syria with new measures, but there is no text as yet on the table," a European diplomat who asked not to be identified told Agence France Presse.

"There is an informal discussion on new sanctions against Syria," confirmed another. "If there was further discussion it would be to look at businesses and entities identified as linked to the regime."

In Washington, a senior European diplomat also said that "we (the EU) are working right now on a third round of sanctions that would target companies, the economic sector in Washington."

Asked whether such action was being coordinated with the United States, the diplomat said: "Sure."

The 27-nation bloc to date has slapped two sets of sanctions against the Assad regime in a bid to call a stop to a violent crackdown against protesters.

At talks in Brussels on May 24, EU foreign ministers added Assad's name to a blacklist of 23 top Syrian officials hit by an assets freeze and travel ban.

"The EU is determined to take further measures without delay should the Syrian leadership choose not to change swiftly its current path," the ministers said at the time.

Among those targeted by individual sanctions are the chief of Syria's armed forces, the vice president, and leading members of the president's innermost circle, including his brother and four cousins.