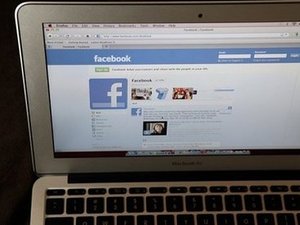 Facebook is coming under fire for a feature that uses facial recognition software to allow members to tag pictures of their friends on the social network.

The "Tag Suggestions" feature made its debut on Facebook in the United States six months ago but has drawn renewed attention this week after the social network began rolling it out to other countries.

Tag Suggestions uses facial recognition software to match newly uploaded photos to photos that have been tagged elsewhere and suggests the name of the friend in the photo for tagging.

Although the feature was launched in the United States in December, it began coming under scrutiny again this week following a blog post by Graham Cluley of the security firm Sophos.

Cluley objected to the enabling of the photo tagging feature without giving users any notice and the fact that it is an opt-in instead of an opt-out process, meaning users were included unless they specifically changed their settings.

"The tagging is still done by your friends, not by Facebook, but rather creepily Facebook is now pushing your friends to go ahead and tag you," Cluley said.

"Facebook does not give you any right to pre-approve tags," he said. "Instead the onus is on you to untag yourself in any photo a friend has tagged you in. After the fact."

A member of the U.S. House of Representatives also objected on Wednesday to the opt-in nature of the photo tagging feature on Facebook, which has been forced to weather a number of privacy storms over the past few years.

"Requiring users to disable this feature after they've already been included by Facebook is no substitute for an opt-in process," said Representative Edward Markey, a Democrat from Massachusetts.

"If this new feature is as useful as Facebook claims, it should be able to stand on its own, without an automatic sign-up that changes users' privacy settings without their permission," Markey said in a statement.

Facebook, which has more than 600 million members, said Wednesday that the feature was intended to make it easier to tag friends in photos but apologized for not sharing more information.

"We launched Tag Suggestions to help people add tags of their friends in photos; something that's currently done more than 100 million times a day," a Facebook spokesman said in a statement to Agence France Presse.

"If for any reason someone doesn't want their name to be suggested, they can disable the feature in their Privacy Settings," the spokesman said.

"When we announced this feature last December, we explained that we would test it, listen to feedback and iterate before rolling it out more broadly," he said.

"We should have been more clear with people during the roll-out process when this became available to them," the spokesman said.