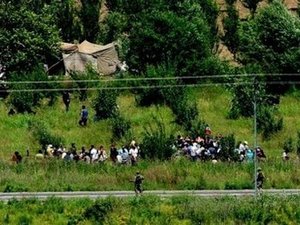 The U.N. human rights chief on Thursday urged Syria to halt an assault on its people, saying that it was "deplorable for any government to attempt to bludgeon its population into submission."

"It is utterly deplorable for any government to attempt to bludgeon its population into submission, using tanks, artillery and snipers.”

"I urge the government to halt this assault on its own people's most fundamental human rights," Pillay said.

Activists are now reporting that the death toll since March has exceeded 1,100, with up to 10,000 detained, the U.N. rights chief said.

Noting that Damascus has disputed allegations of violations, Pillay urged authorities to allow U.N. investigators into probe these claims.

Since the U.N. Human Rights Council ordered a probe to be set up on April 29, Pillay has sought access to Damascus, but Syrian authorities have yet to reply.

Pillay called on Syria's neighbors not to return any refugees to the country in the current situation.

"I urge states to keep their borders open for refugees fleeing Syria," she said.

Religious cleansing it's called, the same tactics the Baath regime used in Lebanon in 1975 when with the help of the Palestinians and the leftists they expelled the Christians from town in the Bekaa. The Syrian regime is applying the experience gained in thirty yeas in the Lebanese theater..