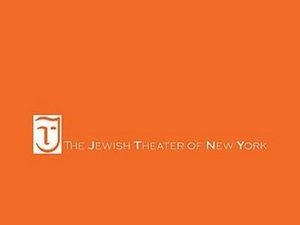 The seemingly absurd struggles of the Middle East and the revolutions of the Arab Spring mingle on stage as the background to a new play by New York Jews about a love affair between a young Muslim woman and an Israeli secret agent.

"SAIDA: A Tunisian Love Story," is the unlikely sounding title for what members at the Jewish Theater of New York see as a unique take on the turmoil in the region.

The theater, founded by playwright Tuvia Tenenbom, specializes in delicate religious, political and sexual questions, so it is suited to dealing with the combustible mix of love and Arab-Israeli politics.

"The play is an allegory for what is happening in Middle East. The woman, Saida, is obviously the Holy Land and after sixty years it's a fight about stupidities," Tenenbom said, following a performance in the small Kraine Theater in Manhattan's East Village.

The director, who comes from Tel Aviv and has had 16 plays performed in the Jewish Theater, said Arab-Israeli disputes are partly driven by influence from the United States and Europe, and partly because of obsessive local rivalries.

Laughing sarcastically, he summarizes the attitude as "'I want to have that just because you want to have that'" and, "'I will not kill you to get it because I want you to be alive to see how much you suffer when I have it."

The play tells the story of how two secret agents -- one a young Jew and the other an elderly, disenchanted Palestinian -- tussle for the heart of Saida, whose father prefers a Muslim suitor for religious and, he thinks, economic reasons.

However, when the Israeli agent Juda offers more money for Saida, the father is forced to confront his own contradictions and greed.

Meanwhile, Saida is no mere victim, but a rebel spirit who wants to decide her own future, thereby representing the young generation leading the turmoil across the region in its Arab Spring uprisings, starting with Tunisia, then Egypt.

"I wrote it in November because when I was in Tunisia and I changed from English to Arabic, suddenly people told me what they really thought. There was a lot of bitterness on the streets from the young," Tenenbom said.

In typical Jewish humor, the jokes are full of self-deprecation, with Saida's family alarmed just by seeing a Jew, and the two agents so tangled in their own confrontation that they forget about love.

Founded in 1994, the theater says it is the only English-language Jewish theater in the New York area, putting out one or two productions a year.

The theater's flier lists previous topics tackled including "sexual restrictions and yearning within the ultra-Orthodox community in Israel and USA," "the Middle East conflict from the p.o.v of suicide bombers," the "behavior of Jewish leaders" in the Holocaust and "religious groups in the age of iPhone, Facebook, Twitter and iPad."