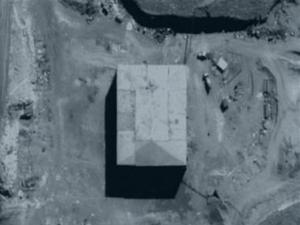 The U.N. atomic watchdog voted to report Syria to the United Nations Security Council Thursday over allegations it built an undeclared nuclear reactor that was then destroyed by Israeli bombs, diplomats said.

At a closed-door meeting of the 35-member board of governors of the International Atomic Energy Agency, 17 countries voted in favor of a corresponding resolution by the United States and six against, diplomats attending the meeting said.

Azerbaijan, China, Ecuador, Pakistan, Russia and Venezuela all voted "no".

There were 11 abstentions, including Argentina, Brazil, Chile, India, South Africa and Peru, and one country -- Mongolia -- was absent from the vote, the diplomats said.

The IAEA will not officially publish the outcome of the vote given the confidential nature of the deliberations.

Washington and its Western allies had asked the IAEA's governing body to find Syria in "non-compliance" with its international obligations and report it to the Security Council in New York.

The last time the IAEA did so was in the case of Iran in February 2006.

Washington alleges that Syria was building an undeclared nuclear reactor at a remote desert site called Deir Ezzor with North Korea's help until the site was bombed by Israeli warplanes in September 2007.

The IAEA began investigating the allegations in June 2008, but Syria has refused to cooperate all along and, with the exception of a one-off visit, has not allowed U.N. inspectors to Deir Ezzor or related sites to verify the U.S. claims.

Frustrated by Syria's three years of stonewalling, IAEA chief Yukiya Amano took the unprecedented step recently of stating his conviction that the site was "very likely" a covert nuclear reactor, as alleged.

Washington seized on Amano's assessment and tabled a resolution to censure Damascus at the regular June meeting of the IAEA board of governors this week.

"Syria’s nuclear intentions at Deir Ezzor are clear; the reactor there was built for the express purpose of producing plutonium for possible use in nuclear weapons," Davies said, arguing a resolution was "the only responsible course of action."

However, in statements to fellow board members ahead of the vote, both Moscow and Beijing said they saw no reason for such action.

"We cannot therefore agree with the resolution and that is why, if it is put to a vote, we will vote against it," it said.

China followed similar arguments, saying it saw "no reason to adopt the resolution or refer Syria to the Security Council."

Asked what Washington now expected from the Security Council, U.S. ambassador Davies said: "We'll have to see. Obviously this is not the end of the matter. We'll find in New York a separate dynamic, a separate debate and a separate conversation and a separate effort to air of the issues surrounding this matter."

Nevertheless, the U.S. would "continue to seek to work with the Russians, the Chinese and all of the members of the Security Council when it comes time to consider this question in New York. Obviously there is still some work to do," Davies said.

Syria has been reeling from anti-government protests since mid-March, with human rights groups saying more than 1,100 people have been killed throughout the country.

Unless the terrorist state of Israel signs the NPT, Syria and all Arab states should rip the NPT into pieces. Arab leaders have zero dignity, which is why their people are revolting.

Does an IAEA reports come with an Allen wrench and easy to follow assembly instructions?

Man, i'm amazed sometimes by the comments on this website! So Ramez for you, if a state doesn't torture its own people but has killed or/and displaced over 500000 palestinians, that is not a terrorist state?
Go read some books, maybe a dictionary too, have you heard of Apartheid? Nelson Mandela? Human Rights? Do any of those terms sound familiar or are you just a sectarian narrow-minded person?

Ramez, actually the terrorist state of israel has done all those things you mentioned and worse against non-jewish citizens, not to mention all the jews they killed in the arab world in order for them to migrate to "israel" when it was founded. In addition to that, the same european jewish men who established or worked for the zionist movement goal to build a jewish state in palestine also worked with the nazis and refused to use their connections in order to stop the slaughtering of european jews by european christians in order for them to be able to achieve their goals. Criticize the syrian regime sure, but why romanticize the image of "israel" who has done by far worse things than the syrian regime, who in addition to that is in favour of the syrian regime. Moreover, what the evil syrian regime does is not diffirent than what the evil arab monarchy regimes do. They are all evil. Cheers.

someone somewhere is right the Palestinians were displaced by Israel and because of that gave the Syrian government the right to kill and torture Lebanese, Palestinians and Syrians that makes so much sense. I'm glad I came and read your post Le Phenicien.

this world gets crazier by the second, this story is basically 10 years old... Find something else to use for an excuse to enter Syria... Watching the same moves over and over are sickening