Meat is No More As Belgian Music Festival Bags Morrissey 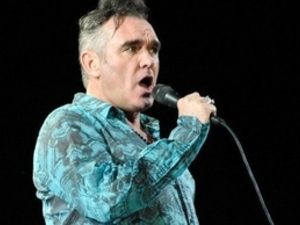 Jan Cools, who heads the volunteer organizers behind the 10-day Lokerse Feesten in Flemish northern Belgium, told Agence France Presse on Thursday they tried for years to land former The Smiths front man Morrissey and "when we got the booking, we decided to offer that day meat-free."

Morrissey did not ask for the gesture as a condition, he spelled out, but August 4, when the Manchester singer appears in Lokeren, will see food vendors ordered to remove their standard fare of sausage rolls and snails, to be replaced by vegetarian food only.

"Morrissey is a big vegetarian, it only seemed right to offer that because we were just so pleased to get him," Cools said.

"Mind you, we have had quite a few angry reactions from fans who know about our famous sausages -- but we're not telling festival-goers 'don't eat meat,' they'll just have to get them off-site on the day," Cools underlined.

The Smiths' UK chart-topping second album in 1985 was entitled "Meat is Murder," providing Morrissey with a platform ever since from which to espouse his advocacy of vegetarianism and animal rights.