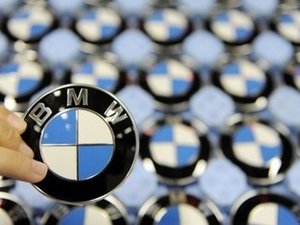 BMW said its net profit leapt 11-fold from the equivalent figure last year, to 874 million euros (1.2 billion dollars), and stood by its sales target for this year and profitability targets for 2012.

"Strong demand for our models, a high-value model mix and the group's strong sales position on international automobile markets resulted in above-average earnings," a statement said.

Like many premium automakers, BMW suffered a heavy slump in 2009, though it still managed to post profits.

Core earnings at the German group this time around climbed to 1.19 billion euros from 55 million in the third quarter of 2009, but missed an average analyst forecast of 1.25 billion euros.

BMW said the group still planned to sell more than 1.4 million vehicles this year, and was aiming for a profit margin of between eight and ten percent for its core auto activities in 2012.

It also forecast "a significant increase in group pre-tax earnings for the full year 2010," but did not provide a detailed figure.(AFP)