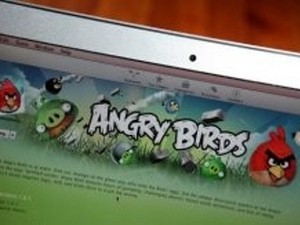 Addictive game Angry Birds along with the inventor of the mobile phone were among those honored late Monday at a ceremony known for testing winners' creativity by limiting acceptance speeches to five words.

"Person of the year, ironic," a computerized voice speaking for the machine said while receiving a Webby from show host actress Lisa Kudrow, who suggested the machine jazz up its image by dating an iPad.

"That was clever," Kudrow retorted. "You're quite the word processor."

At more serious moments, awards paid tribute to Egyptian protesters who used Twitter and Facebook in a bold uprising to oust Egyptian president Hosni Mubarak and an Ushahidi service launched to map violence that followed a 2008 election in Kenya.