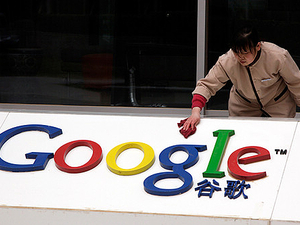 Google and its joint venture partner in China have applied for a license to operate an online mapping service in the world's biggest web market, a report said Tuesday.

Google declined to confirm the report when contacted by Agence France Presse and calls to the government agency were not answered.

"We’re in discussions with the government about how we could offer a maps product in China," Google's Beijing-based spokeswoman Marsha Wang told AFP, repeating an earlier statement.

China has the world's biggest online population of 477 million, according to official data.

Beijing has so far granted licenses to dozens of companies to provide web mapping after new rules were introduced last year requiring all firms providing Internet map and location services in China to apply for approval.

Foreign firms wanting to provide those services in China are required to set up joint ventures or partnerships with local firms.

Google has seen its share of the lucrative Chinese search market slide to the profit of local rival Baidu as tensions with Beijing increased over a number of cyber attacks the U.S. web giant claims originated in China.

This month, Google said it had been hit by a cyber spying campaign targeting Gmail accounts of senior U.S. officials, journalists and activists, which appeared to have come from Jinan, in the eastern Chinese province of Shandong.

There was no indication whether the Gmail spying campaign was related to a China-based cyber attack on Google that prompted the company early last year to stop bowing to Internet censors and reduce its presence in the country.