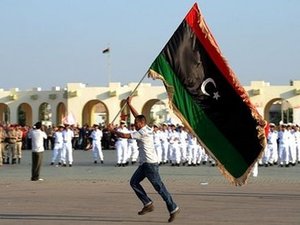 The diplomatic shift came as parliamentarians debated an extension of Canada's participation in NATO's efforts to protect Libyan civilians from forces loyal to strongman Moammar Gadhafi.

"Canada will ... recognize the NTC as the legitimate representative of the Libyan people going forward," as part of a new "enhanced engagement strategy," Baird said in the House of Commons.

"Our government will engage with the institutions and representatives of the NTC," he said, adding he would meet with the rebel group's vice-chair and U.N. envoy and "identify members of the NTC responsible for domestic issues and propose meetings with their Canadian counterparts."

Baird's predecessor Lawrence Cannon had met with a senior representative of the rebel group in Paris and Canadian officials have been in regular contact with NTC representatives over the past few months.

The NTC also appointed a representative to Canada.

Baird also announced an additional CAN$2 million in humanitarian aid for Libya.

A popular uprising against Gadhafi that began in mid-February has left the oil-rich north African state split between the largely Gadhafi-controlled west and the rebel east.

Canadian Prime Minister Stephen Harper has said the NATO mission, led by a three-star Canadian general, had "gone well so far" and called its continuation "essential."

Ottawa said it would extend its own participation in the operation to September.