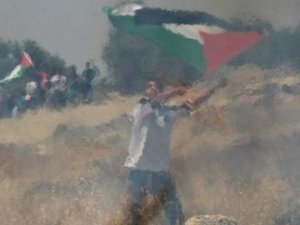 Israel's Benjamin Netanyahu is hoping to convince at least 30 countries to vote against recognizing a Palestinian state should the United Nations debate the issue in September, media reports said.

"Before we reach September, we have to push through an initiative to secure 30 countries and more who will say 'no' to the unilateral recognition in the U.N. General Assembly," the Israeli premier was quoted as saying by news website Ynet.

His remarks were made during talks on Tuesday with Jerzy Buzek, president of the European Parliament, Ynet said, describing the initiative as part of Israel's plan to secure the "moral majority" during the anticipated vote on whether or not to accept a Palestinian state as a full member in the U.N.

"There will not be a majority of countries who oppose recognition but a balance will be achieved," Netanyahu was quoted as saying.

Should the Palestinians manage to secure the vote in favor of a state based on the 1967 borders, it would reduce their willingness to make the necessary compromises to secure an agreement, Ynet quoted him as saying.

"The meaning of peace is not Israel giving up parts of the country, but that the Palestinians give up their desire to destroy Israel," he said.

"Six prime ministers accepted the two-state solution, but no agreement was reached because the Palestinians were not ready to accept a Jewish state."

Following the collapse of direct peace talks with Israel in September last year, the Palestinians have adopted a diplomatic strategy of looking to secure U.N. recognition when the General Assembly meets in New York in September for a state along the frontiers which existed before the 1967 Six Day War.

Israel is adamantly opposed to such a move, saying that negotiations are the only way to end the conflict and establish a state for the Palestinians. It also opposes any return to the 1967 borders, with Netanyahu describing them as "indefensible."

US will veto anyways