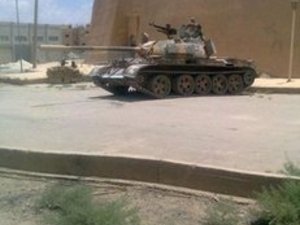 Five Iraqi soldiers were killed on Wednesday in a spate of shootings against patrols and checkpoints in Baghdad and the main northern city of Mosul, security officials said.

The violence, which also included a roadside bomb blast within an Iraqi army base that left 11 soldiers wounded, came just a day after attacks on government offices in central Iraq that killed seven people and mirrored a March raid claimed by al-Qaida.

In the Jamiyah neighborhood of west Baghdad, two soldiers were shot dead by gunmen using silenced pistols against an Iraqi army patrol at around midnight, an interior ministry official said, speaking on condition of anonymity.

Later Wednesday morning, another soldier was killed when insurgents opened fire on an army checkpoint in Shuala, in the capital's north, the official added.

And in Mosul, 350 kilometers north of Baghdad, two soldiers were killed by gunmen who fired on an army patrol in the east of the city, according to an Iraqi army officer who did not want to be named.

A further 11 soldiers, including one officer, were wounded when a roadside bomb exploded within an Iraqi army base in the town of Zaitun, within the disputed province of Kirkuk, according to police captain Barzan al-Obeidi.

Kirkuk, an oil-rich region that lies north of Baghdad, is claimed by both the central government in Baghdad and Kurdish regional authorities in Arbil.

The unresolved row is persistently cited by diplomats and analysts as one of the biggest threats to Iraq's future stability.

Violence is down across Iraq since its peak in 2006 and 2007, but attacks remain common. A total of 177 people died in violence in May, according to official figures.