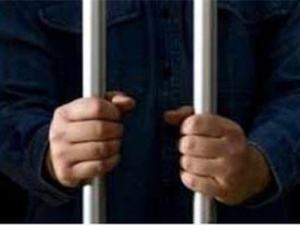 Human Rights Watch on Wednesday urged Emirati authorities to drop charges against five activists, including a blogger and a lecturer, facing trial for "criticizing" the government.

The charges against the activists "relate solely to the defendants' peaceful use of speech to criticize the UAE government and therefore violate their freedom of expression," said HRW, urging UAE authorities to "release the activists unconditionally and without delay."

Emirati blogger and civil society activist Ahmed Mansoor and Nasser bin Gaith, a lecturer and economist at the Sorbonne University in Abu Dhabi, appeared at a closed hearing before the State Security Court with three other activists on Tuesday.

The five activists have been detained and denied bail since early April.

HRW said Mansoor is a member of its Middle East advisory committee and was detained on April 8 after he campaigned for a March 9 petition carrying 133 signatures calling for direct elections and a parliament with legislative powers in the UAE.

Mansoor "has been a vocal proponent of the petition. Before his arrest, he gave numerous television and other media interviews on the issue," it said.

As the five defendants appeared in court on Tuesday, some 200 Emiratis gathered outside criticizing them and expressing their allegiance to the UAE leadership, witnesses told Agence France Presse.

The Gulf country's attorney general in April said the five activists "were held... for being found committing crimes of instigation, breaking laws and perpetrating acts that pose a threat to state security, undermining public order, opposing the government system, and insulting the president, the vice president and the crown prince of Abu Dhabi."

The UAE, a federation of seven Gulf emirates led by oil-rich Abu Dhabi, has not seen any popular protests calling for reform like those that have swept other Arab countries, including Gulf States Bahrain and Oman.