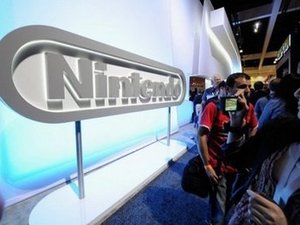 Even though motion-sensing videogame controllers are all the rage, sometimes a player prefers a Batarang for bashing bad guys.

Accessory titan Power A is seeing keen interest in a console controller it designed similar to a throwing weapon in the arsenal of DC Comics crime fighter Batman even though it doesn't hit the market until later this year.

Batarang controllers timed to hit with the release later this year of a sequel to Warner Brothers blockbuster Batman videogame will join a strong-selling array if accessories are created by the US-based firm.

"I don't see videogames ever going to a point where people aren't going to want to pick up a controller and shoot and punch and do things of that nature," Power A divisional vice president of product development John Moore told Agence France Presse.

"I don't think they are going away... They are here to stay."

Nintendo is credited with opening the world of videogames to moms, seniors and other "casual gamers" with the launch of the Wii console in 2006.

Microsoft built on the trend last year by adding gesture and voice controls to Xbox 360 consoles with Kinect, and Sony released a motion-sensing Move accessory for PlayStation 3 (PS3).

Motion controls are a hit, with millions of Kinect and Move devices being snapped up by a broadening audience of gamers.

Many of those "casual" players will be lured to titles calling for toggles, buttons and other features on traditional controllers, according to Moore.

"Kinect is awesome because it brought people into gaming who wouldn't necessarily consider gaming before," Moore said.

"But I think people are always going to want to have controller that they can kick back and play... Not everyone wants to get up and jump around and dance."

And as consoles get more sophisticated, and multi-player games more popular, the number of people playing simultaneously should climb -- driving up the demand for controllers.

With tens of millions of consoles in homes around the world, the market for replacement, spare or vanity controllers is enticing for makers of videogame accessories.

Power A makes miniature controllers; versions of the gadgets based on Lego videogames, and even models with built in fans to cool hands grown hot from hours of playing intense shooter titles such as "Call of Duty."

The Batarang controller sprang from a relationship with Warner Brothers, and Moore's love of the first Batman videogame, which he admitted to playing through several times.

Washington state-based Power A was among myriad accessory makers showing off new creations and forming alliances at a recent Electronic Entertainment Expo in Los Angeles.

Plantronics and Turtle Beach were in the ranks of companies that showcased headsets that immerse players in rich sound while allowing them to chat with opponents or allies in online games.

Turtle Beach billed its new Ear Force PX5 model priced at $250 as the most advanced headset for Xbox 360 or PS3 consoles.