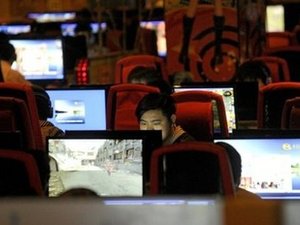 Internet minders voted Monday to allow virtually unlimited new domain names based on themes as varied as company brands, entertainment and political causes, in the system's biggest shake-up since it started 26 years ago.

Groups able to pay the $185,000 application can petition next year for new updates to ".com" and ".net" with website suffixes using nearly any word in any language, including in Arabic, Chinese and other scripts, the Internet Corporation for Assigned Names and Numbers decided at a meeting in Singapore.

"This is the start of a whole new phase for the Internet," said Peter Dengate Thrush, chairman of ICANN's board of directors. "Unless there is a good reason to restrain it, innovation should be allowed to run free."

ICANN's decision culminates six years of negotiations and is the biggest change to the system since ".com" made its debut in 1984. The expansion plan had been delayed largely because of concerns that new suffixes could infringe on trademarks and copyrights.

High-profile entertainment, consumer goods and financial services companies will likely be among the first to apply for their own domain name in a bid to protect their brands, experts said.

"It will allow corporations to better take control of their brands," said Theo Hnarakis, chief executive of Melbourne IT, which manages online brands for clients such as Volvo, LEGO and GlaxoSmithKline. "For example, .apple or .ipad would take customers right to those products."

The surge in domains should help alleviate some of the overlap of names in the most popular suffixes, especially ".com", which has 94 million sites registered.

There are currently 290 country suffixes, such as ".jp" for Japan and ".fr" for France, which typically are restricted to groups or individuals with a presence in the countries, and 22 open names that include recent additions such as ".tel" for telecommunications.

Analysts said they expect between 500 to 1,000 new domain names, mostly companies and products, but also cities and generic names such as .bank or .hotel. Groups have formed to back ".sport" for sporting sites, and two conservationist groups separately are seeking the right to operate an ".eco" suffix.

ICANN plans to auction off domains if multiple parties have legitimate claims. However, it expects companies will likely strike deals among themselves to avoid a public auction.

"I think we'll see much more of that going on than see auctions generating circuses," Dengate Thrush said. "But there is that prospect that there will be a couple of identical applicants and applications."

The application process is arduous — the fee is $185,000 and the guidebook is 360 pages — and meant to prevent scammers from grabbing valuable domain names. ICANN will receive applications for new domains for 90 days beginning Jan. 12.

"It's a significant undertaking. We're calling it the Olympic bid," said Adrian Kinderis, chief executive of AusRegistry International, which helps companies to register domains and manages names such as ".au" for Australia.

"But it's worth it for corporations that have suffered from things like trademark infringement, and can now carve out a niche on the internet," Kinderis said.

ICANN said it has set aside up to $2 million to assist applicants from developing countries.

"The board's very enthusiastic about providing support for applicants from developing areas where the evaluation fee or access to technical expertise might be somewhat of a bar," ICANN senior vice president Kurt Pritz told reporters after the meeting.

ICANN said in a statement that it will mount a global publicity campaign to raise awareness of the opportunities of new domain names.