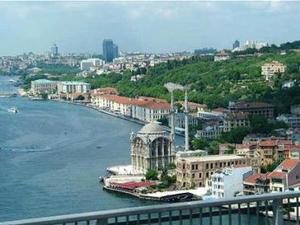 Foreign Minister Adnan Mansour informed on Monday United Nations Secretary General Ban Ki-moon of Lebanon’s opposition to the agreement between Cyprus and Israel over the establishment of an economic zone between them.

He said in a letter to Ban: “The agreement is a violation of Lebanon’s sovereign and economic rights, endangering the security of the region.”

The foreign minister demanded that the U.N. Secretary General take the necessary measures to tackle this issue.

Israel and Cyprus agreed to divide the petroleum and natural gas wealth in the joint economic zone between them in the Mediterranean Sea.

The matter as also sparked Egypt and Turkey’s ire.

As long as Zionist plans are to supress Lebanon's economic zone, as long as Hezbollah helps them keeping us divided and in eternal war rather than united and facing economic challenge from our ennemy neighboor together, all the UN will respond to our dear Foreign Minister is : Rédé ya tizi Rédé

Keep on dreaming... Both of these nations are already pulling the black gold to the service while you are shooting your mouths off as usual... You will never get oil or anything else out of these waters morons...

The Lebanese politicians are dumb enough not to join the Cypriots and Israelis. We'll get screwed at the end as usual.

Even the Palestinians talk to the Israelis and make deals with them. Why shouldn't we?

Now what will our new "resisting" government do? Is it going to use its rockets to shoot the economic zone down? While Israel is lightyears ahead of us in technology, society, education, military and economy...we are still sacrificing all of that for a militia that claims it will take Israel down, but doesn't really have any future plan. We have no hope of winning the military fight against the Israelis, how about we give it a try and work on beating them technologically, academically, and financially by dropping these damned arms and working together on a better Lebanon?