Phalange Holds Cabinet Responsible for Any Confrontation with International Community 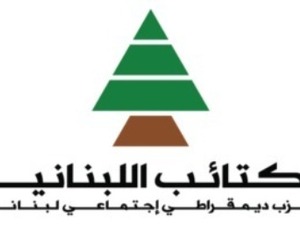 The Phalange Party stated on Monday that the clashes in Tripoli would not have erupted had the Lebanese parties maintained their neutrality regarding the developments in Syria.

It said in a statement after its weekly politburo meeting: “It’s unfortunate that Syria is maintaining its negative policies towards Lebanon instead of tackling its accumulating internal affairs and introducing reform before it’s too late.”

It condemned the Tripoli clashes that erupted on Friday, praising the security forces for their efforts in containing the situation.

The clashed broke out between gunmen from the rival Bab al-Tabbaneh and Jabal Mohsen neighborhoods after the former held a demonstration in support of the Syrian people, while the latter staged one in favor of the Syrian regime.

The Phalange Party voiced its opposition to the government lineup, saying that the situation in Lebanon needed a salvation cabinet that would have catered to the Lebanese people’s concerns over local and regional developments.

It said: “The government was formed in a manner that contradicts national principles and we hold it responsible for any confrontation with the international community.”

This just shows you that these losers care more about the interests of the International Failed Community than their own country, Lebanon. masla7at al 3alam fawqa masla7at loubnan wafawqa koul e3tibar. And then they wonder: whay is Michel Aoun and his Tayyar are sweeping us clean? meu, meu, meu

hector, it seems that you forget that there s no single country that should be isolated from the international community if it wants to develop, apart middle age dictatorships like north korea iran or syria that seem a model for you!!!!

whereas you orange face, he has taken the gvt thanks to the arms of a terrorist party as he used to call them before when he was smart... not because of his ideas...nor through democratic elections that he was sure to lose!
he has no ideas in fact he s just good at barking and threatening people just like a mini dictator that you seem to be fond of cause ma tfakir khallihoum yifafrou 3annak! hahaha

This stupid talk of national salvation government and one sided govn. Miqati and suliman tried very hard to have m14 involved. They offered veto power and they refused. M14 refused to participate and now they keep complaining that a cabinet was formed without them.

Israel has defied the international community for 60 years. In fact no country has defied more! What is the international community if it is not US,/west form of pressure on smaller countries (modern imperialism) China is the counter balance along with Russia. China is the USAs banker. Pretty sure there are no zionist Jews in the Chinese government.

@ado.australia: Well said. This is the post of the month!